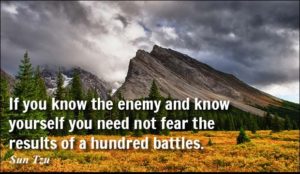 In relatively recent business history, one of the major dairy companies in Australia (we’ll call them company A) has made a gross strategic mistake.

For decades they were fiercely competing with another major dairy producer (company B), and the battles were won and lost pretty evenly until the company A managed to lure a large percentage of the raw materials suppliers onto its side and consequently squeezed company B out of the market.

The top management of company A were deservedly proud of their victory. They considered buying up the remainder of company B and merging their key assets and production facilities, but the due diligence showed that it would erode their margins during the time the merger was going on and for a while after, and so they left the company B to its fate, focusing instead on enjoying easy times and healthy profits.

As it turned out, the death of company B created an opening for a major international player to enter the Australian dairy market, which it did, almost instantly pushing company A off its dominant position and back into the role of the underdog.

A similar situation happened back in the 1980s in the US, when Apple was going under and Microsoft found itself the dominant player on the market.

Unlike its Australian counterpart company A, Microsoft did not move in for a kill but, chose to lend several hundred million dollars and bail Apple out (in return for a considerable stake in the company, I presume).

Was that move counter-intuitive? Perhaps. But now that Apple is one of the richest companies in the world, the richer they get the richer Microsoft gets, too.

The moral of the story is that the enemy you know (and one that’s in your debt) is by far more preferable than an unknown hostile enemy, and so even though you should do your best to win your battles, you should never get carried away and win the entire war.