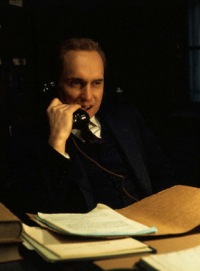 One of the many nuggets of wisdom that can be derived from the movie Godfather is contained in the scene when the Corleones declare war on other crime families and Tom Hagen is removed from the position of consiglieri (chief advisor).

The reason for dismissal is that Tom is “not a good war-time consiglieri”.

The scene emphasises the distinction between a peace-time and a war-time leadership of an organization and the dangers of mixing the two.

In business, like in war, there are two different modes of leadership: fast-paced, aggressive/expansive and slow-paced, stabilizing/grounding. They are both valid and necessary, but should not be mixed or used at the same time.

There are few individuals who are good at both – the leadership style of a person is influenced mainly by his or her personality type, and it is usually one or the other.

There is a school of thought that advocates maintaining a balance of both styles within the leadership team of an organization, but this usually only leads to internal conflict.

To achieve better performance, it is better to match the leadership to the demands of the political situation that the organization is in, and be prepared to replace it with a new leadership team, as the situation changes. Horses for courses, so to say.