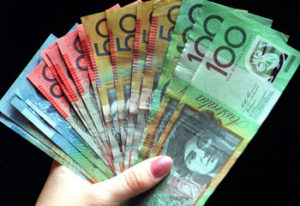 Money is seen differently by different people and the spectrum of views is wide – from ‘money is the root of all evil’ to ‘money makes the world go round’.

Interestingly, people at the either end of that spectrum are equally unhappy. Those who chase after money and power are unhappy because they can never get enough of it and can never stop the chase. Those that denounce money usually have none of it and so suffer accordingly.

In and of itself money is neither good nor evil. It can be used for good or evil by the person who wields it, but it has no intrinsic nature of its own.

I like this metaphor of money as the electricity for our lives so I’m going to continue using it here. Could we live without money altogether? Perhaps, but it would be the same miserable existence as life without electricity. Personally, I’m not keen to do my washing by hand or climb the stairs to the 25th floor 10 times a day or try to figure out what services I can exchange for a few tomatoes.

Conversely, excess electricity is useless on its own – if it’s not running appliances, what good is it to us? It’s the same with hoarding money – both money and electricity obtain meaning and significance from the use they are put to, and have none otherwise.

From the mid-spectrum point of view, money can be seen as an indicator of social approval, in the sense that if people are willing to give you money in exchange for something you do, you’re doing it right. And vice versa: if you’re performing a lot of activities but no money flows to you, it is a good sign that you’re on the wrong track.

Seen in this light, money is an ingenious device that facilitates the growth of our society, maintains and regulates the flow of innovation, expansion and progress.

If you think about it, money is one of the oldest technologies/devices we Humans have been developing and perfecting over tens of thousands of years. Money has become inextricably woven into the fabric of our society and it does an excellent job holding the threads and patterns together.

Many people I meet see money as an enabler of their dreams, particularly in the context of business and social ventures but I encourage them to look at it the other way around: if your hopes and dreams are really what is needed, what is right and congruent with the direction our society is developing in, the money will begin to flow to you and it will come in direct proportion with the usefulness of whatever it is you’re trying to accomplish.