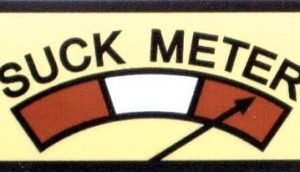 Most people tend to avoid things they are not good at and it often becomes a source of life-long grief. Minor grief, perhaps, but grief nonetheless.

I had three such things in my life: I could not drive a manual car, I could not tie my own necktie and I sucked at dancing. All three caused me numerous uncomfortable moments and hours of dread in anticipation of public humiliation.

Then one day I’ve had enough. I downloaded instructions from the Internet and drilled tying a necktie until I could do it easily. It only took thirty minutes! For years I would carefully loosen the tie and take it off over my head without untying it. What a silly thing to do! And all for the lack of thirty minutes of concentrated attention!

After that I gave my car to my dad and took for myself a little manual car that I had in one of my businesses. Admittedly, that took longer than thirty minutes to master. Oh those dreadful upslope starts… But I persevered. This was years ago and I still have that little car as second vehicle because it’s so much fun to drive! Well, now it is :-).

And finally, a year ago I started attending Zumba classes in my gym on weekends. It was awkward, and not just because I was the only man in a class of forty-odd women. I moved like a mix of a Tin Man and a Scarecrow. But now, even though I’m still no Baryshnikov and I’m still the only man in the class, I love dancing and I do it any opportunity I get – socially, at home, in the gym. From a major source of embarrassment it has become a major source of joy.

So my advice to you is to ask what it is that you suck at and start immediately doing as much of it as you possibly can.